1 out of 5 – Would Recommend: The Final Sacrifice 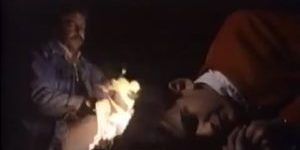 AKA The Final Sacrifice, depending on what release you watch.

Welcome back to 1 out of 5 – Would Recommend, where I completely forgot the MST3k Reunion Show was tonight! So instead of D.O.A. – Dead or Alive, we will be watching 1990’s The Final Sacrifice, the subject of a classic MST3k episode.

Indeterminately young man Troy McGreggor discovers a strange map among the personal effects of his late father, who was murdered seven years earlier under strange circumstances. He follows the map, hoping to find the reason for his dad’s death, and attracts the attention of an evil cult that wants the map for themselves. He will need the aid of mysterious drifter Zap Rowsdower to evade and thwart the cult…but what is Rowsdower hiding? 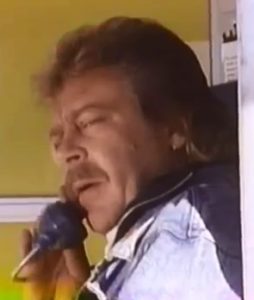 The answer to the question “What If Dennis was an action hero?”

Students at the Southern Alberta Institute of Technology, up in Canada. Armed with $,1500 and some borrowed equipment, director Tjardus Greidanus made his horror movie idea a reality in the backwoods of Alberta, with fellow students and local actors rounding out the cast & crew. It’s honestly not a half bad concept and could have been something pretty decent with the budget of The Room ($8 Million) or even Birdemic ($10,000).

This is a strong example of the so-bad-its-good form, a movie made by earnest people with good ideas that just didn’t quite have the money or skill to pull them off. As mentioned, it’s the subject of a fan-favorite MST3k episode but it’s worth giving it a watch on its own if you have the opportunity.

AND Tonight (Tuesday, 6/28) at 8 PM, at a movie theater near you, RiffTrax is reuniting most of the cast of Mystery Science Theater 3000! If you missed it, they’re doing an encore on July 12th. 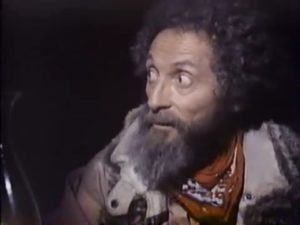 Seriously, this guy would be as good or better than the Rowlf they have now.

NEXT WEEK: We return you to your regularly scheduled video game movie.