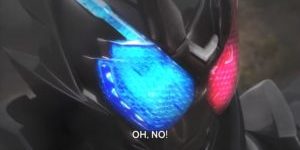 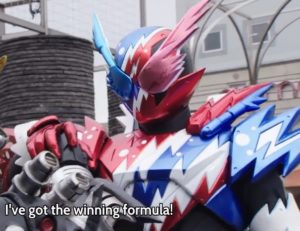 Welcome to Tokusatsu Gesundheit, where we’re doing another check-in the currently ongoing Kamen Rider Build. We’ll be talking about events up through episode 20, since this post goes to press before I can watch 21, and will contain spoilers for what’s happened up to now.

See my rundown of the first six episodes to get the basic plot outline. In the intervening episodes, our heroes have solved their respective mysteries, discovered the secret identities of the leaders of FAUST, and inadvertently sparked a war between two of the three nations that were once a unified Japan. 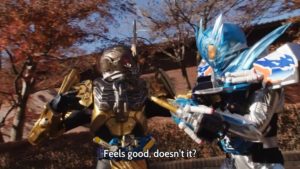 Kamen Rider Build airs at 9 AM on Sundays in Japan as part of the Superhero Time block with Super Sentai.

Kamen Rider is usually much more character oriented than Super Sentai and Build is an excellent example of that. So far, it’s got a well-developed world and a twist filled plot that feels light on filler..but there’s still like thirty episodes left in the season, so it could easily fall apart.

Come Back Next Week as Strange Times & Places Takes A Trip to Wakanda!