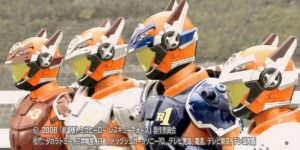 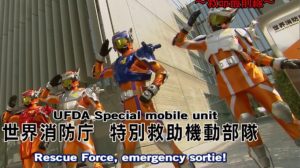 Welcome to Tokusatsu Gesundheit, where we’re getting away from the standard Toei and Toho offerings to check out something from Takara-Tomy with Tomica Hero: Rescue Force Explosive Movie: Rescue the Mach Train!

The brand new, globe-spanning Mach Train is about to have its maiden trip out of Tokyo! The two female members of Rescue Force win tickets to ride it, but all is not well – the disaster causing androids of Neo-Terror have given slighted mad scientist Dr. Maddo a super-powered Metal Train to derail it. It will take all of the Rescue Force’s cunning to put a stop to their lethal plans! 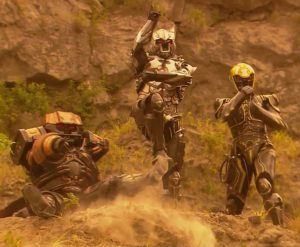 Rescue Force was the second of Takara-Tomy’s three Tokusatsu shows, and the first to be based on its Tomica line. Cursory research indicates that Tomica is a Japanese version of Matchbox or Hot Wheels, so I have to think “based on” is used pretty loosely here. As they also made Transformers: Super-God Masterforce, an anime series about humans who could armor up and then merge with Transformers, it seems like an odd choice.

The film was released in December 2008 and represents a sort of alternate continuity from the series, introducing certain characters and weapons ahead of their canonical in-show debut (not unlike Mighty Morphn’ Power Rangers: The Movie’s use of the Ninjazords ahead of season three). 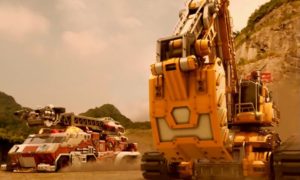 The movie was pretty good, though my lack of familiarity with the mothership series may have been a factor in my lack of full enjoyment. Hiroshi Fujioka always make for a good time, though his screen time is limited. One irksome plot element is that the established women of the team are sidelined by the plot early on and don’t participate in the grand finale outside of evacuating civilians while a brand new male hero saves the day twice – Japan’s not really as big on the whole “gender equality” thing as we are.

Come back next week for a new installment of Strange Times & Places!