What is the Justice Society of America? 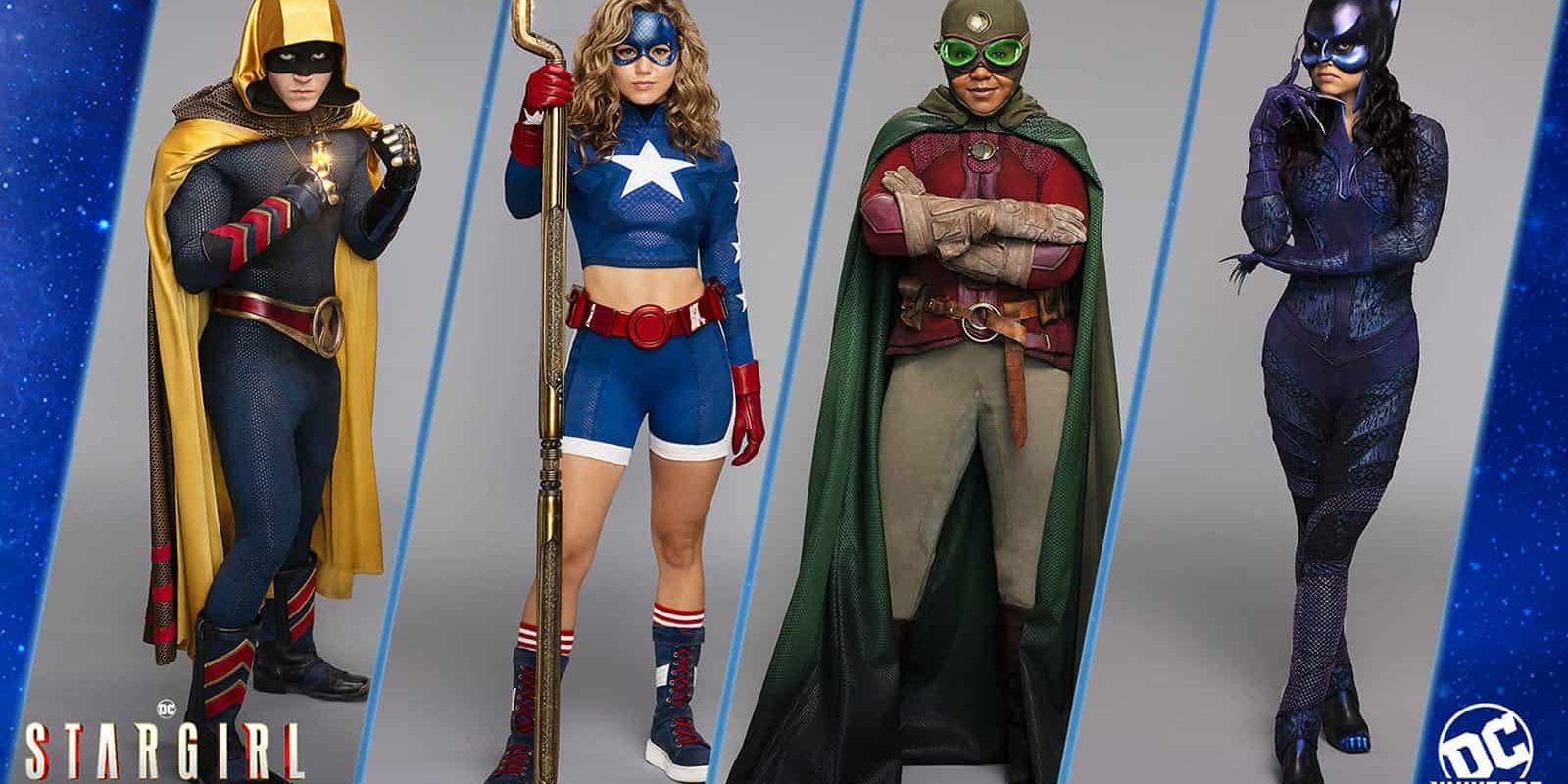 2022 is the year that the Justice Society of America takes the world by storm! Season three of the cult-favorite CW series Stargirl premieres this Wednesday, making the jump from “summer replacement” to “fall debut” – a big deal for a network show. The season will keep expanding the series’ version of the Justice Society, led by the eponymous heroine. And as the season nears its end, Dwayne “The Rock” Johnson’s Black Adam will hit theaters and introduce moviegoers to a different version of the JSA. 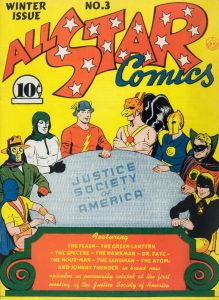 The Justice Society of America is the First Superhero Team. Period.

The most important part of the Justice Society of America’s legacy is that they were the first ever superhero team in comics (or anywhere else, for that matter). Their first appearance is the first time that disparate solo characters are brought together under one banner. Without the Justice Society there’s no Justice League, no Avengers, no Suicide Squad, no Guardians of the Galaxy, et al! Some of the most popular comic books and superhero movies around follow the JSA’s model.

Amusingly, that model started off as a mere framing device. All-Star Comics was created, as the title suggests, as a sort of “best of” title for DC Comics. If starred all their biggest characters (who didn’t have their own self-titled series) in one book!  The first two issues were simple anthologies, the standard for the Golden Age. In the third issue, a new framing device was introduced. All the characters featured in the title were members of the Justice Society of America, getting together in private to swap stories about recent cases. The stories were still solo adventures, but they were introduced via interaction between heroes. 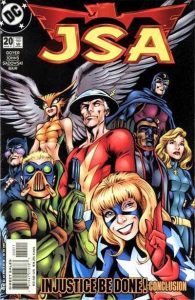 Those interactions set All-Star Comics apart from literally anything else on the stands. There were no shared universes in superhero comics prior to that, certainly not to the degree the genre is famous for today. The series quickly evolved to emphasize that interaction, including more team-ups and teamwork amongst the members. The superhero team as we know it was born.

From 1963 to 1998, the Justice Society’s schtick was that they were the elder statesmen of superhero-ing. The JSA’s members kept their 1940s roots, aging in real time (less some mystic help). By the late 90s, that was making them way too old to be fighting crime. This lead directly to a relaunch in 1998, JSA #1, that blended select old timers with 20-something legacy characters. It proved an immediate success, but the writer who started the series left after five issues. Newcomer Geoff Johns took over with JSA #6.

Under his pen, the JSA grew into a major franchise. A team that hadn’t managed to headline more than 16 issues in a row since 1951 were now starring in a title that ran for thirteen years. Geoff added Shazam foe Black Adam to the team’s mythos, fleshing out the character as an anti-hero in some of the title’s most beloved arcs. Without Geoff Johns, Dwayne “The Rock” Johnson wouldn’t have spent the last seventeen years trying to play Black Adam. Johns’ work on JSA helped to catapult him to a lofty position as DC’s Chief Creative Officer, as well as a writer and/or producer on every DC TV show and movie in the last fifteen years. He’s currently serving as showrunner on Stargirl. 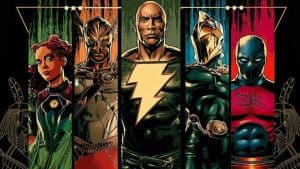 The Justice Society of America is an Assemblage of Great Characters

The JSA includes around 75 different members throughout its various incarnations. These members include Big screen favorites like Batman & Robin, Superman, Wonder Woman, and Black Canary have been members at one time or another. It has also kept lesser-known Golden Age DC characters like Hourman, Starman, Dr. Mid-Nite, and Wildcat in the public eye. DC’s feeling of legacy and history comes directly from the persistence of the JSA. 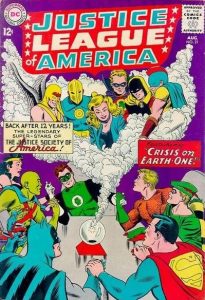 Which is the terrific fun of getting into the JSA! There’s a clear line of history behind the team that has, miraculously, remained largely intact despite numerous continuity reboots and restructurings over the last forty years. One interesting wrinkle is that Wonder Woman has, lately, been more widely recognized for her prominence with the team. In the real world, she was its longest serving Golden Age member, racking up fort-four appearances with them. Her recent box office success and attendant growth in popularity has pushed her to the forefront of the JSA in both the comics and animated feature Justice Society: World War II. Only time will tell if that carries over to the big screen.

How To Invest In The JSA

For a relatively obscure team, there’s actually a fair amount of money to be had in collecting the JSA. This is because their early heyday was in the Golden Age of Comics, making early key books considerably scarce. Scarce enough to price many folks out of the market, to be honest. The prospect for good ROI is there, if Black Adam does what WB thinks it will. The flick is practically designed to create JSA spin-offs.

That said, their Silver and Bronze Age appearances carry some important keys. First appearances of fan favorites like adult Robin, Red Tornado, and Power Girl are among the better keys from that period. You can never go wrong with 1963’s Justice League of America #21, which brought the JSA into the Silver Age. If you’ve got any of these keys, now’s a fine time to sell them. When you’re ready to that, Back to the Past would love to help you do so.