When Is Grading A Collectible Worth It? 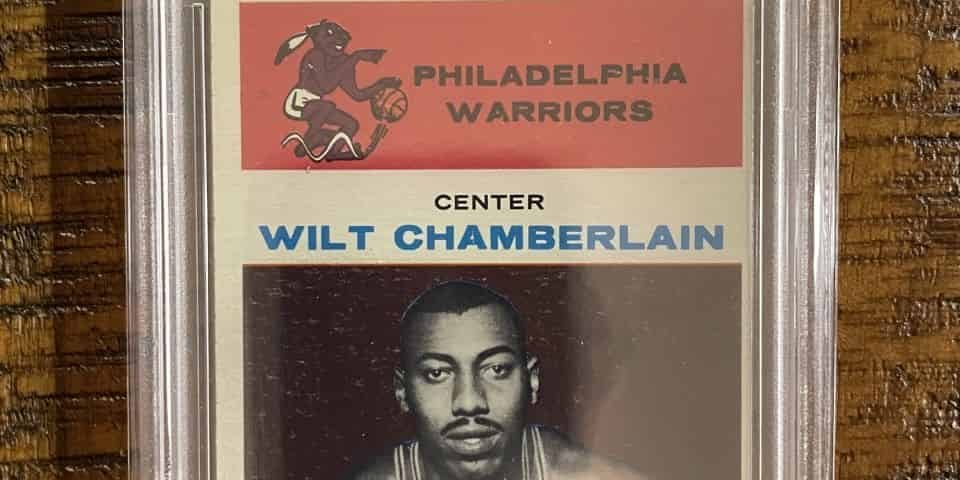 Welcome back to Hammer Drops, where Back to the Past shares tips from our many, many years of hard-earned collectibles experience! Today, we’re tackling a topic that’s come to some prominence in the last year: having collectibles graded. 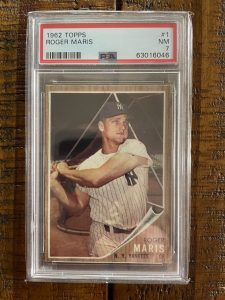 The heights of the Coronavirus pandemic last year lead to a lot of people cleaning out their closets and garages. This, in turn, lead to the rediscovery of long-forgotten collections. Some people took this opportunity to get back into their hobbies, some a bit too deeply. Others saw the chance to monetize these collections, discovering the concept of third-party grading in the process. This lead to a massive influx of cards being sent to PSA, the leader in trading card grading. Even working at a rate of near 20,000 cards a day and doubling their staff, a massive backlog remains. If you want to send cards in right now, expect to pay a pretty penny for the privilege.

If you’re on the hunt for raw specimens to send in, we often have grade-worthy comic books and trading cards available either in showroom or at auction.

Is Grading Worth it?

For the vast majority of what’s been sent for grading in the last year? Probably not. As a rule of thumb, the newer items are less likely to benefit substantially from grading. In comic terms, that means key issues and variant covers benefit from it as long as they’re in good shape. Sending every one of your monthly comics would be abject foolishness, as a 9.8 dollar bin book is still a dollar bin book. Since 68% of PSA’s current work is Modern or Ultra-Modern cards, we’d guess that there’s a big mix of speculation and ignorance going into current submissions. Either submitters hope a rookie will become famous or that a currently popular card will retain that value OR they’re sending in their whole childhood binder because they know no better. 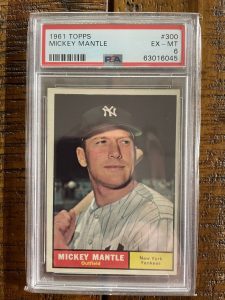 There is a jump in value on graded items that are new, but you need to account for the cost of grading. For example, we found a 9.8 CGC copy of the 2011 Action Comics #1 that recently sold for $37 on eBay. Which sounds like significantly more than the ~$10 that ungraded copies are going for, but is only five bucks of added value once you factor in the $22 grading fee. For older items, it becomes more worthwhile. Regardless of individual importance, there can be rarity in finding older items in any kind of shape. As such, even lower and mid-grade specimens get a boost from being graded as it guarantees their condition.

We’ve always got a few graded comics available in our eBay store.

Why to Grade a Collectible

In a word: objectivity. What Dennis McDermott calls “NM-” the next fella might label “VF+”. There is a lot subjectivity in collectibles grading, that’s simply a fact. However, having an independent third-party grade removes the subjectivity from the selling process. Back to the Past isn’t saying our Avenging Spider-Man #9 (1st Carol Danvers as Captain Marvel) is “A nearly perfect collectible with negligible handling or manufacturing defects”, the Certified Guaranty Company did. They then sealed it in a protective case to keep it that way. You can haggle on what that 9.8 grade is worth, but you can’t argue that we’re not grading it correctly. 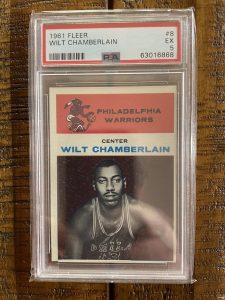 Our gem mint player-coach, Scott Lovejoy, points out that you’re not gonna get a record-setting realized price these days without a graded specimen. The current record holding copy of Action Comics #1 is graded 8.5. How about the unopened Super Mario Brothers that sold for $2 million last month? Graded at 9.8. Recent record setters for the prototype J-Slot Boba Fett? Both were graded 85 on a hundred point scale. The 2017 Patrick Mahomes rookie card that set the all-time football card record back in July is officially an 8.5 outta ten.When you start talking big money, thousands or even millions of dollars, buyers prefer graded specimens. The third-party objectivity and protective cases are too big a value add to ignore at that point.

In preparation for our Rockin’ Around the Clock: 50’s & 60’s Cards and Comics auction session, set to go under the hammer live in-showroom at 6 PM on October 2nd, we sent some cards off to PSA. One such card was a 1961 Wilt Chamberlain rookie card (#8) from Fleer. Raw, or ungraded, that card can sell for $1500 to $2000. Graded as low as a PSA 1.5, it still goes for $2000. Our specimen came back at a respectable mid-grade of 5 (out of ten). We’re quite excited to see what it, and all the other nifty vintage cards from the same collection, does at auction.

And if you’ve got a collection you want to sell and think is worthy of grading, give us a call! As the cards picture above demonstrate, we are happy to take whatever steps needed to maximize the value of your collection at auction and will share our honest opinion on the value of grading with you.