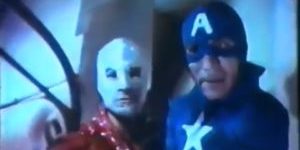 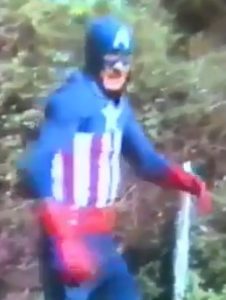 Welcome back to 1 out of 5 – Would Recommend, which will go back to its eldritch slumber just as soon as we mine the vein I found on Amazon Video. In celebration of Avengers: Infinity War (SPOILERS: Superman comes back to life to help fight Steppenwolf), we intellectuals are watching what is truly the most ambitious Marvel team-up movie of all time: Captain America and luchador El Santo battling Spider-Man in 1973’s 3 Dev Adam (called “Superhero Force” on Amazon Video).

The criminal mastermind known only as “Spider-Man” enacts an evil plot to steal antiquities from Turkey, sells them to American dealers at rock bottom prices, and then buys them back (through proxies) with counterfeit bills. Turkish authorities enlist the aid of Captain America and Mexican hero El Santo to put a stop to this murderous masked man’s criminal enterprises, a war between these Three Giant Men!* 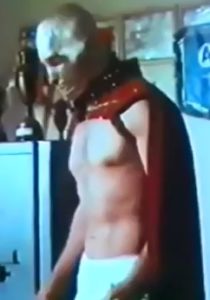 El Santo, seconds before stuffing things into his pants.

Some Turks with a big love of superheroes, a little bit of money, and zero respect for copyright law.

It’s worth a watch. It’s more or less what would happen if you tossed somebody one of those weird foreign bootleg action figure sets with a name like “Sense of Right Alliance” (that ALWAYS include Spider-Man) and said “make this into a movie”, and manages to have more compelling fight scenes than either Reb Brown Captain America flick. It is available on Amazon and YouTube – there’s no big difference in print quality between the two. 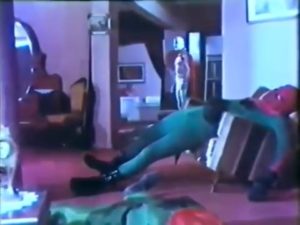 A visual summary of Spiderverse.