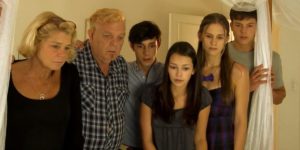 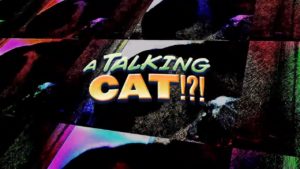 Welcome back to 1 out of 5 – Would Recommend, where we once more dip our toes back into the world of indie direct-to video children’s films, 2013’s over-punctuated A Talking Cat!?!

David DeCoteau, “the King of Homoerotic On Demand Schlock”, who has filmography that’s as long as it is unintentionally funny. Some of his other works include Petticoat Planet, Beastly Boyz, and Bigfoot vs. D.B. Cooper. 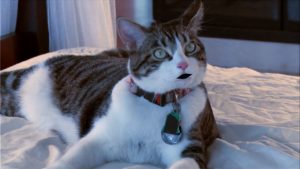 Really though, the cat doesn’t actually do all that much plot-wise.

I usually love Eric Roberts’ work. He’s a bit of a garbage person in real life, but he’ll show up and chew the scenery if you give him money that’s green…except in this flick. In this flick, he’s half-asleep and that actually works in its favor: a talking kitty cat with a gruff, disinterested tough guy voice just adds to the unintended humor of this family comedy. As the AV Club put it, “for lovers of utter, unredeemable trash, it is highly recommended.” Toys wanted by collectors. 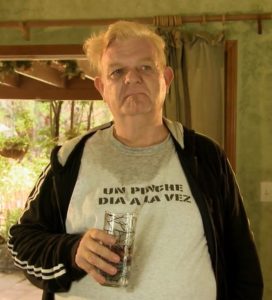 Comes Back Next Week for a New Installment of Strange Times & Places!

Category: TV & MoviesBy Chris WalkerAugust 28, 2018Leave a comment
Tags: 1 out of 51 Out of 5 Would RecommendA Talking CatEric Roberts