1 out of 5 – Would Recommend: Justice League of America 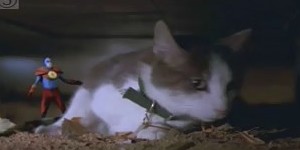 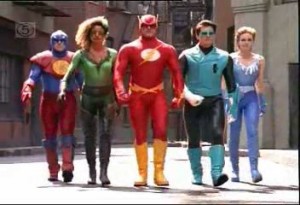 Welcome back to 1 out of 5 – Would Recommend, were we’re excited at the prospect of Justice Leaguers making their big screen debut this Friday (Aquaman might finally be relevant and respectable in the public eye)! To celebrate, we’ve watched the 1997 attempt to bring the JLA to life – the Justice League of America pilot movie!

Young meteorologist Tori Olafsdottir discovers that her brilliant boss, Dr. Eno, is secretly The Weatherman – a vile supervillain holding the city hostage with a weather machine. Confronting him leaves her ice powers and an invite to join the local super-hero team: The Justice League of America – The Flash! Green Lantern! The Atom! Fire! Martian Manhunter!

It also turns out that JLA’s secret identities are a bunch of twenty to thirty somethings just trying to hold down jobs and have love lives in addition to being super heroes. She’s gonna fit right in.

Why was this made? Why these characters?

For the “why” of the format, we can only speculate…but Lois & Clark: The New Adventures of Superman had just wrapped up a fairly successful four season run and Friends was the biggest thing on TV. With that in mind, it’s not hard to see why a more comedic take on super-heroes with a focus on their lives as hip young adults trying to make their way in the world would be seen as a good idea. 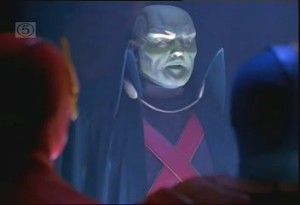 Naturally, Major Winchester joined the JLA because it meant not having to deal with Hawkeye ever again.

As for the “why” of the characters, keep in mind that this movie debuted when Grant Morrison’s JLA was less than a year in. As of 1996 (when the production work on this thing would have been done), the Justice League America consisted of Crimson Fox, Blue Devil, Nuklon, Obsidian, Icemaiden, Fire, Metamorpho, Power Girl, Hawman, and Wonder Woman. This flick’s line-up is actually closer to a “classic” line-up than the comics were at the time it was produced.

Is it very good? No. But after last week’s abomination, it’s a breath of fresh air. Plus, it’s a comic convention bootleg booth classic. You definitely should watch it, if just to say you did. 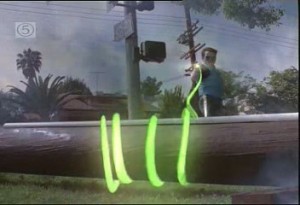 Green Lantern: Maybe not a great choice for a production on a budget.

NEXT WEEK: We keep celebrating Batman V. Superman: Dawn of Justice’s release and transition into Golan & Globus Month with Superman IV: The Quest for Peace.