1 out of 5 – Would Recommend: Hercules 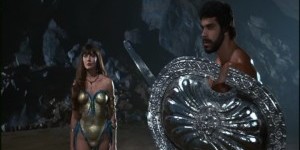 Welcome back to 1 out of 5 – Would Recommend, where the public domain is a best domain. This week, we’re watching a film using the original public domain superhero – 1983’s Hercules!

Hercules is sent to Earth to be a champion of goodness on behalf of Zeus. Hera, who wants to “keep the sides balanced” for some reason, sets her wicked followers after him. He defeats them, good triumphs over evil, we’re not really told why Hera thinks this is bad other than it being :out of balance”.

The same Go Go Boys who produced the last three movies we watched – Golan & Globus! This flick came with a notable anecdote from the Electric Boogaloo documentary: Golan & Globus wanted to follow their successful formula with this flick, which is to say with gratuitous violence and breasts. The film’s star, Lou Ferrigno, saw it as a family adventure film (not unreasonably so, given cinema history to that point) and objected strongly. While some scantily clad ladies made it in to the finished film, it seems like the guy most famous for growling in green paint had enough star power to get his way. 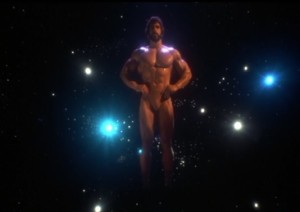 Excuse me, I’m going to start screaming and may not stop for a while.

Menahem Golan and Yuram Globus may not have known how to make good movies, but they knew how to make fun movies. This is a fun bit of Saturday matinee fluff that, despite being based on an established mythology, establishes its own mythology that is comic book-like in its elaborate weirdness. It’s largely forgotten, and not undeservedly, but it’s far more Space Mutiny than Birdemic: Shock and Terror and it will have a similarly broad appeal. 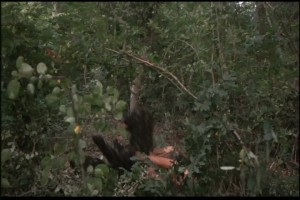 I think that’s the same bear as that other Hercules movie!

NEXT WEEK: We close out our celebration of the Cannon Group’s heyday…by discussing a movie Menahem Golan made after breaking up the dynamic duo, 1990’s Captain America!