1 out of 5 – Would Recommend: Strike Commando 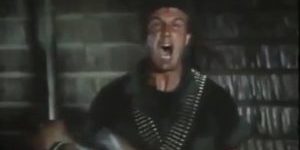 Welcome back to 1 out of 5 – Would Recommend, where b-movie stars are the best movie stars. Today, we’re looking at another Reb Brown action vehicle, 1987’s Strike Commando!

Elite “strike commando” Michael Ransom (Reb Brown) is betrayed and left for dead by the shady Colonel Radek and must make his way back to states to exact his revenge. Along the way, he befriends some Vietnamese villagers (who end up dead for their trouble) and fights a Russian ubermensch.

Italian b-movie impresario Bruno Mattei, who produced the last Reb Brown picture we watched. Like RoboWar, this movie rips off more famous American action movies with a fraction of their budget but with about 100% less stoicism.

Strike Commando is to the Chuck Norris action features of the 1980s as they were to the Schwarzenegger and Stallone pictures of the 1980s. It is the definition of b-movie, which is the zone Reb Brown thrives in. Its available in full on YouTube, and it’s not a bad way to waste an afternoon. 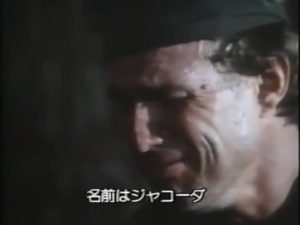 Reb’s not good at emotions other than anger, really.

NEXT WEEK:  The police fight a Japanese gang steel on steel in 1991’s Samurai Cop!