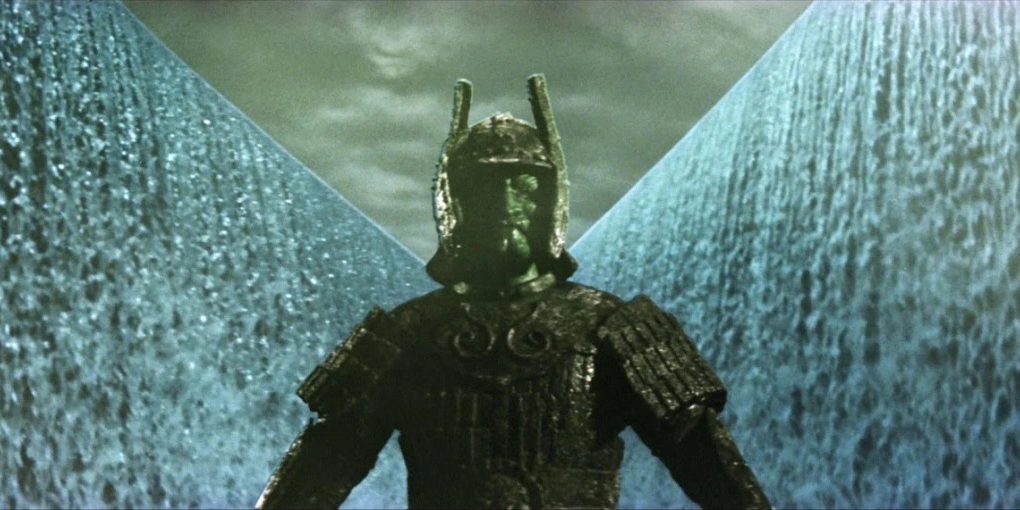 Welcome back to Hammer Drops, where we are following up on last week’s lesson about why you won’t be able to retire on VHS tapes with some specific guidance on where there is value in your home media collection. To do that, we’re looking at Lot #91 from our August Fourth auction session. It’s a bunch of Japanese movies you’ve probably never heard of, but they sold for $100. Wondering why? Read on! 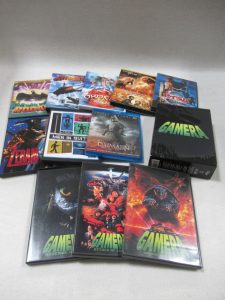 The lot consisted of thirteen movies from the Japanese genre called “Tokusatsu“. I’m a big fan, and in the interest of full disclosure, I actually bid on this lot! I ended up losing out, but tip my hat to the fellow fan who outbid me for it. These are obscure films, in the USA at least, overall: Zeiram 1 & 2, The Daimaijin Trilogy, Orochi The Eight-Headed Dragon, and the 90s Gamera Trilogy alongside 60s classics like Atragon and Rodan. Out of that list, you’ve probably heard of Rodan in the context of him fighting Godzilla and were surprised to hear that Gamera had more recent movies. So why did this lot sell for $100?

Well, it gets back to the two points of “Rarity” and “Audience” we discussed last week.Toku has enjoyed a dedicated cult following in the U.S. for decades thanks to shows like Ultraman, The Space Giants, and Johnny Sokko & His Flying Robot. Power Rangers and its many copycats brought millennials like myself into that cult in the 90s, and now we’re in our thirties and have some money. As such, there is a bit of an American release renaissance for Toku going on.

Even so, being released doesn’t mean staying in print. Catering to a niche audience, even a growing one, means fairly small production runs.As we alluded to in prior columns, licensing out stuff can be difficult. Those two factors combine to mean that when a toku release goes out of print (OOP), it tends to do so hard. The aforementioned Daimajin set, for example, was released in 2012 and was still available new for retail prices just a couple years ago. That is no longer the case.

The Lesson: There Can Be Value In Obscurity 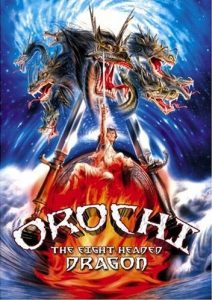 The American poster for Orochi.

Lets have a look at what these OOP releases are going for on the secondary market. Remember, sealed specimens will always go for more and the specimens in the Clubhouse Collection were all opened. The niche nature here limited the sample size, so open and sealed examples were included in these averages:

Putting this group of flicks together piece-by-piece could run you up to about $200, condition and availability dependent. Orochi, in particular, seems to have had a short run on DVD in 2003 and nothing since. Since it’s a Toho movie based on the myth that inspired Godzilla’s iconic foe King Ghidorah, there’s definitely an audience for it. The lesson to take away here is that you not having heard of something doesn’t mean there isn’t someone willing to drop $65 on it. That’s why it pays, often literally, to let experts Back to the Past Collectibles have a look at an inherited collection before deciding how best to dispose of it. You never know when that old DVD with a silly title will turn out to be an out-of-print treasure!